An independent woman is someone who knows what she wants, and never relies on anyone to finish the job for her. She is a formidable person who doesn’t allow the men in her life to take over her decisions. She’s tough, but that’s only because she knows it’s the only way she can make a … END_OF_DOCUMENT_TOKEN_TO_BE_REPLACED

It’s amazing how the younger generation seem to know what’s good for them in terms of love and relationship. While it’s still working, it’s love but when it’s challenging, it becomes a dangerous situation to be in. That’s when you hear things like, ‘who feelings epp?’ … END_OF_DOCUMENT_TOKEN_TO_BE_REPLACED

It was morning yet the skies were as dark as the night. With so many relatives and friends in the house to comfort Mother on the loss of her husband, the house too seemed too quiet for comfort. Just two weeks ago, the same people had gathered at our house to mourn my brother, ejire mi. Now, they are gathered to mourn my father and tomorrow? Only because the Doctor assured Mother I could live a healthy life if treatment and medications were taken seriously, I wanted to believe I would live to bury my mother. For all it is worth, I want to see her smile again.  … END_OF_DOCUMENT_TOKEN_TO_BE_REPLACED

“What I’m about to tell you now might not be what you need to hear now but the sooner we begin to deal with the virus, the better chance we have to beat this”, the Doctor sounded alien.

“What virus?” I asked in fright. … END_OF_DOCUMENT_TOKEN_TO_BE_REPLACED 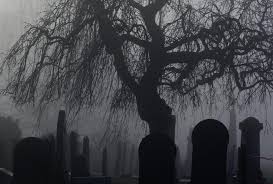 “Omololu”, she called gently. “Omololu, Mummy is here. Open your eyes Baby. I’m here. Everything will be fine”, she said, as her voice trembled so did her hands as she struggled to lift him to herself. “Omololu –“

“Mummy”, I cried as I tried to pull her away from him.

“Call your brother”, she said as the tears rolled down her cheeks. “He will surely hear you. Call him. Tell him to open his eyes”, she said as the sobs let loose uncontrollably. … END_OF_DOCUMENT_TOKEN_TO_BE_REPLACED 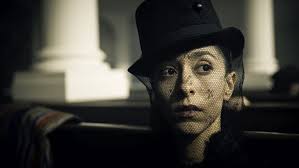 The phone dropped suddenly from my hand.

“What did he say?” Mom looked at me, eyes wide open and filled with horror. I said nothing. “Omolade, what did the person say?” I said nothing. “Hello, hello”, Mother picked up the phone and spoke repeatedly into it but Dan had hung up.

I held my hands together to my ears and screamed. … END_OF_DOCUMENT_TOKEN_TO_BE_REPLACED

He picked up a stone from the shores of the lagoon. He weighed in a while before he tossed it angrily out to the water. “Then I must damn the consequences. I’ll do anything for my sister.”

“Do what you have to do. You leave me with no choice”, Don said sternly.

Omololu starred into those hard bloody eyes for a minute or so before he walked away from him. And that was the beginning of the end of us. The battle line is drawn. … END_OF_DOCUMENT_TOKEN_TO_BE_REPLACED 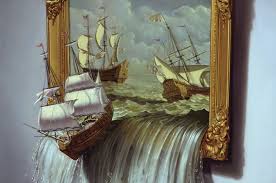 I met two Americans at the club the other night with Tolani and Funmi. It obviously didn’t go down well with Tolani that Funmi and I chose to leave with the guys. Tolani didn’t have a choice. She had to come with us but she was careful not to sleep at all so that no one would invade her privacy. All of the brief excitement I had with Peter wouldn’t let me be normal again. It was the beginning of something beautiful that Dan wouldn’t indulge. The more alcohol I had, the more I wanted sex, and Funmi knew just where to get it as often and random as the urge demands. By the time I was having this conversation with my brother again, I lost count of how many random men I had been with. It was even more fun that I didn’t need their money and for that reason, they wanted me to stick around more than I wanted to. Tolani didn’t like it. I suspected she told Omololu about it.

“You would do anything?” I asked, raising a brow so mischievously.

“Just name it,” he insisted.

I could only be comforted afterwards by alcohol and the wild parties. Funmi was just right the person to keep me functioning in that new lifestyle. Omololu eventually came to know. There was only so much I could keep away from him. Despite the fact that he was getting busier with school and with The Brotherhood, he still made time to see me every now and again. He threatened to report me to Dan if I didn’t give up my mayhem. He must have thought the mention of Dan would make me snap out of my initiation but it angered me even more. … END_OF_DOCUMENT_TOKEN_TO_BE_REPLACED 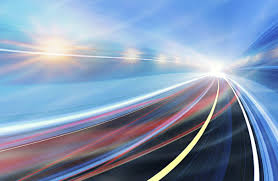 “He’s left you here all by yourself and your friends have excused themselves. The least I can do is stay with you till either one of them comes back to you. I’d feel terrible to leave you unaccompanied”.  He almost sounded genuinely concerned. I looked at him. He couldn’t have meant any harm if he meant every word. On a closer looked, he looked like a mummy’s boy with such cuteness. So I let him stay with me than some other random cult guy grab me forcefully otherwise. … END_OF_DOCUMENT_TOKEN_TO_BE_REPLACED