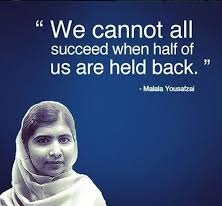 Psychology tells us that there are no differences between male and female intelligence. However, while men are significantly more likely to take risks than women, this trait enables them to get ahead more quickly than the average woman. Perhaps we owe the intuition in the male gender to segregate from the opposite sex to their more likelihood to be aggressive, a trait influenced by androgen exposure. … END_OF_DOCUMENT_TOKEN_TO_BE_REPLACED