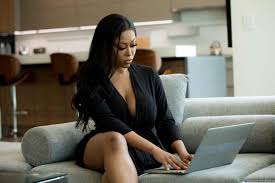 She won’t settle for being carried on someone’s back, if she can crawl or use her teeth to get to the finish line. She sounds scary, but she’s just a regular girl who wants to actively participate in her journey to become an independent woman. This is somewhat a part two to my last article … END_OF_DOCUMENT_TOKEN_TO_BE_REPLACED

Have you ever wondered how those beautiful couples around you started? It was just an opportunity to meet the right person at the right time. Relationships start just within minutes or even seconds, individuals only need to understand how to nurture it. … END_OF_DOCUMENT_TOKEN_TO_BE_REPLACED

I have a friend who ran a series about why women in their 30’s are still single. She sites very interesting reasons such as negative body language, the company you keep, immaturity and the likes. In most cases, it’s not so much of what you think you deserve, it’s what you’re attracting or not attracting that determines what eventually happens for you. Take for instance a lady who thinks she’s overdue for marriage and she can’t cook neither does she want to make the attempt but when you ask her what she wants in a relationship, she counts patience in her man as a number one factor. No word! … END_OF_DOCUMENT_TOKEN_TO_BE_REPLACED 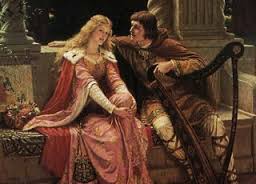 I was reading a novel recently. Set in the medieval ages, typical English traditions and all and it implies that when ladies become of age, some sort of ‘outing’ is arranged where eligible suitors come to sort of tender their applications and be interviewed for the maiden’s selection. They court a few times when she shortlists which of them she finds worthy until she chooses ‘the one’. Interesting, I repeat.

On my drive home from work yesterday while listening to the radio, the On-Air Personalities were debating the timeline for which one can engage in another relationship after a break up. Then one person mentioned that a friend of hers got married only after 2 months of breaking up with another guy. Then the conclusion was that she must have been dating 2 guys at the same time to have moved on so swiftly which they implied was wrong. Interesting debate.

But would it be a sin really for a lady to enjoy an ‘outing’ where she can choose? I mean, how do you know what you are getting into if you don’t have some sort of leveraging of standards and choices? Don’t get me wrong. I’m not soliciting that ladies begin to date as much men as they can before marriage leaving other men to inherit left-overs (excuse my French) but of course with decent courtship, zero intimacy and supervised meetings if you will. Meanwhile, the disadvantages of practicing the medieval ‘outing’ in this day and age outweighs the benefit of the intent. The times are different, the level of exposure is crazy and selfishness cuts across both gender. But for the benefit of women, for instance, especially the older ones who have the biological factor and other pressures working against them, wouldn’t it have been some sort of relief for them to be able to enjoy the optional benefit without having to start over? I don’t know. I’m just thinking out loud.

What do you guys think? … END_OF_DOCUMENT_TOKEN_TO_BE_REPLACED