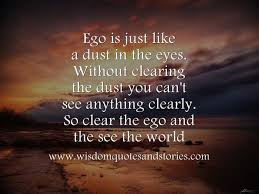 How do you submit such a magnanimous thing as wisdom to ego?

If God never created Eve, perhaps Adam would never have fallen into sin. Is it man’s wisdom, then, or foolishness to yield to woman’s deceit even after God commanded otherwise?

A woman, a wife, a mother, nurse, cook, nanny, seamstress, teacher, electrician, handy-woman, or a guide – in whatever capacity you want to put a woman, she’s more than just her hips. There’s a lot of love, understanding, patience and wisdom embedded in her to be able to multitask as effortlessly as possible. Yet, all that multitasking is under the authority of another human being who started off his life as ordinary as she did and marriage expects that women submit to the other party who is also trying to find his feet as much as she is. Submit to the one who will make as many errors as she will and even put her down for raising her head any higher than he is able to.

In a previous post, I have also admitted that women are foolish and I received a lot of side comments to argue that women are in fact wiser than men to take on so much with very little resistance and I have come to the following conclusions:

Now you be the judge.

I heard a story of a man who said to a woman, “I know the reason you’re came to study in the university is because you want to find a husband. There’s no need to study any further because I’m ready to marry you now”. If only she had been foolish then but she completed her first degree and wanted to go for Maters degree but he would not have her do that if she is to be his wife.

Sometimes, really, all women have to do is to call the bluff. Because the man who would rather have a woman not have a first degree, eventually waited four long years. If he wanted such a small minded girl, he could have found lots of those in university as well. But when some men are determined to bag a trophy, they will do anything only to rub it in the dust at the end of the day.

As much as woman is human, so is man. Partnership, communication and understanding breeds an excellent union. It’s not in the superiority or ego of “I am the man”.

One thought on “Submit Wisdom to Ego”