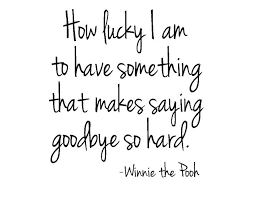 Quitters don’t win and winners don’t quit, at least that’s what they say. So whenever I get discouraged, I look for that one excuse to hold on, hoping that perhaps there’s something there that will be worth my effort and steadfastness at the end of the day. A lot of pictorial messages say “it will end in praise” but does every story end in praise though? I suppose it depends on the perspective in which you look at it. Just because it hurts when it ends doesn’t mean it’s not for good eventually. Such is the situation when you’re convinced within yourself that it is time to move on in that draining relationship and say goodbye! … END_OF_DOCUMENT_TOKEN_TO_BE_REPLACED