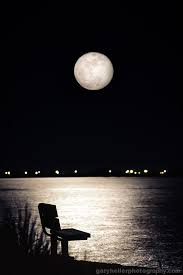 Don noticed Omololu was even usually uninterested at the assembly. As soon as it was over, he headed straight for his car. It was unlike him. He usually passed the night in Unilag campus before heading back to his campus in the morning.

“Omololu, are you okay?” Don had suddenly appeared behind him while he fumbled with his car keys.

Omololu jumped. “My God, you startled me”, he heaved out.

“Is something wrong?” Don repeated.

“Omololu, I’m no novice. I can smell fear written all over you. Now what’s the use of living in fear when you’ve got brothers?”

“Let’s take a walk, shall we?” Don continued. “You can tell me all about it. Come on”, he patted him on the back but it felt to Omololu like a jerking which made him even more nervous.

As they both walked along the shores of the lagoon, the moon lit up the waters and illuminated the night. It would have been a perfect night for some peace and quiet.

“It’s my sister,” he said quietly.

“Your sister again? What is it with her this time? Who’s disturbing her?”

“No one is disturbing her. I wish I could say she’s okay but I fear for her”, Omololu lamented. “She’s now in the league of those nasty aristo girls and what’s worse, she’s doing it for the fun of it. I’ve tried to stop her but she wouldn’t listen. If only she knew how much I love her. I would give my life for her. I even joined The Brotherhood because of her safety but now, she has walked into the jaws of death by herself”.

“Hey Omololu, come off it. She’s got free will just as much as you do. If she says it’s just fun you should believe her. At least, she’s not selling her body for money”.

“You don’t get it. Whether for money or fun, she is being vulnerable to different men who don’t care for her. She may say she doesn’t care too but it’s not as simple as that. It’s not getting any easier to talk her out of it”, he hesitated. “She has asked me to quit,” Omololu finished off in a low drawl.

Don laughed out so loud, it felt like a demon scowling through the dark woods. “I thought you understood the terms clearly. I see clearly you don’t. Once you’re in there’s no turning back. As close as you claim to be to your sister, you should have explained this to her”, Don said raising a brow.

“She does and it’s why she has deliberately given me that difficult condition”, he said then went quiet for a while before he uttered the words. “I have thought long and hard. I will do what she has asked of me and damn the consequences. I’ve been tired of this since my first assignment anyway. I might as well give up my life for my sister’s salvation”.

“I will pretend you did not say that. I am only listening to this rubbish because of my fondness of you. I could hand you over to the guys for immediate consequence for your foolishness”.

“You are the leader, you can help me get out without any consequences,” Omololu pleased.

“Are you even listening to yourself? There is no hiding place for you now. It’s either you’re in or you’re in. No turning back”.

Omololu picked up a stone from the shores of the lagoon. He weighed in a while before he tossed it angrily out to the water. “Then I must damn the consequences. I’ll do anything for my sister.”

“Do what you have to do. You leave me with no choice”, Don said sternly.

Omololu starred into those hard bloody eyes for a minute or so before he walked away from him. And that was the beginning of the end of us. The battle line is drawn.