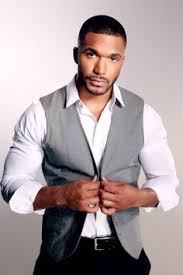 “Hello there”, an American accent dazzled me in that split second.

Tolani recognized him. “Hi”, she answered excitedly. I was lost. I looked at her and she whispered into my ears. “He danced with you the other night at the party with your brother and Dan, remember him?”

“Hello”, I answered as I would have before I knew who he was.

“I take it your friend remembers me then”, he said. His voice was baritone, sounding soothing in a strange way, or maybe it was his accent playing on my mind.

“Yes, she does actually,” I said to him, looking over at Tolani. “Would you like a minute with her?” I wasn’t sure if I meant that actually. I had just been thinking about him earlier that day, wondering what a waste that I didn’t get in touch with him earlier.

He chuckled in a familiar manner. “Don’t be silly”, he said. I almost laughed too. Who is this man to call me silly? “My name is Peter – Peter Daniels,” he went on, almost as if he read my thought.

“I know who you are”, I deliberately answered him in that familiar playful manner as well. I wasn’t going to let him think I would cower to him just because he is MD of Chevron. “You’re the guy I danced with the other night. I only just got your message this afternoon actually.”

“Better late than never, ei!” he seemed pleased. “So why didn’t you give me a ring when you got my message?”

“Perhaps I’m not in the habit of ringing random guys who don’t have the nerve to hand me their complimentary card by hand. Besides, I wouldn’t have known how to introduce myself if I had been curious enough”.

He chose to ignore the sarcasm. “Oh so you were curious. You should have called anyway. I was and still am curious about you though”, he went on. He seemed to enjoy flirting with me in my arrogant responses. I, on the other hand, felt embarrassed that Tolani had to witness our drama. “I told you my name. I still haven’t gotten yours.” He was looking intently into my eyes.

“Omolade”, I answered. It was as though he had put me in a trance to respond without protest.

“You look as young as your age. How old are you?” he asked further.

“Old enough”, I snapped out of my trance looking away from his eyes.

He laughed out loud. “Feisty. I like it but you need not put up that front with me honey”.

I opened my mouth to utter a response to him but quickly closed it when I realised he was right. I was being aggressive for no reason really. Just a few hours ago, I had wished I could see him again. Suddenly I felt embarrassed. I looked at Tolani who was pretending not to be interested in our conversation.

“Dance with me”, he insisted. There was no more strength in me to resist him anymore so I obeyed quietly, taking his hand and followed him to the dance floor.

Being in his arms, dancing so closely made me even more nervous than I could understand. He saw the nervousness all over me but did nothing to help me feel better. Even worse, he wouldn’t stop looking intently at my face even when I tried to hide it away from him. This isn’t me, I thought to myself. Why am I being apprehensive being with this man? So I decided to cut the growing tension.

“So whose bachelor’s eve is it exactly? My friend insisted that I come with her and that’s why I’m here. I doubt she knows the groom either”, I said. Then I realised I must have sounded like I owed Peter an explanation for being there.

“Actually, my friends thought to surprise me by throwing me a bachelor’s eve”, Peter said casually.

Instantly, I stopped and held my hand against my mouth. “I’m so sorry. I couldn’t have imagined you are a groom to be. I mean, you are MD of Chevron, unmarried? And I was giving you so much attitude in your own party when you could have chosen to speak with any other girl”.

“Oh, come off it. Don’t embarrass me like that. Can we just forget we just had that conversation? It changes nothing”, he dismissed, pulling me back into his arms in an awkward familiarity.

I wanted to be there though, in his arms and I liked the way he broke all formalities between us with his way. However, I couldn’t help but be hesitant about his spontaneity with me. Before I could let myself savor the moment with him, his friends came to whisk him away, owing and giving me no reference. Yet Peter felt the need to look back to find me in the midst of the chaos to wink at me. Again, it was a familiarity that amazed me in a way that brought a shy smile to my lips. I was quick to put my hand slyly over my mouth to hide my smile, wondering what it was about him that made me feel and act like I have never done.