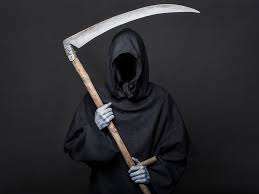 Meanwhile, Rusty, Poison and Omololu had agreed to meet that evening to execute their assignment. Omololu was there on time but the other boys came late. They stayed a few meters away, watching to make sure he had come alone – security reasons. Omololu was surprised that they apologised to him for coming late. They were the tough boys in the Brotherhood. They didn’t have to apologise to him. What Omololu didn’t know, however, was that the leader of the assembly nicknamed Don, had strictly warned that Poison and Rusty be careful with Omololu.

Omololu had taken pictures of Wale, Yinka and Segun to show Rusty and Poison who they were dealing with. He told them that he knew the boys inside out and he could predict their move well enough to ensnare them into their trap.

“These boys live in the same room and they are the only ones who live there, no other person shares room with them. They stay at Minijojo Hall, Room E302. They’re mostly in their room from eight in the evening. Any time before that, they won’t be in the room”, Omololu informed them.

“Now what will happen is this,” Rusty began as he attempted to draw out the perfect plan for their assignment. “Omololu, you are the main guy here. We are here to help you with this assignment, making sure you are safe and watch your back throughout the operation. Poison and I will make our own surveillance on these guys tomorrow to be sure they are still as you remember their movements. Then we will give you the feedback. There should be no room for blunders. We strike once and hit our targets” Rusty remarked on the details of the plan.

Don is very strict and difficult to please. Before him, there had been numerous Dons who lead the group from one reign to another, holding the position as it passed on. Just as his predecessors, he wears a fearless expression which goes well with his harsh attitude. Every member of the Brotherhood, including the Second-In-Command, fears and respects him. Nobody dares to look at his face when he speaks.

Poison and Rusty took Omololu through a quick shooting lessons. Omololu’s cause was strong-willed enough to make him learn fast. He was so sure and ready. He trusted himself to do a clean assignment in the twinkle of an eye. But that was all Omololu could think about. He hadn’t put a thought to his activities after taking revenge on the boys.

My brother and his friends tied up the boys, beat them up a little and make them apologise to Omololu before he shot them straight in their faces. At least that was the plan before Omololu changed it all. That night, Yinka, Segun and Wale were walking along their usual deserted road heading toward their hostel, laughing and talking while Omololu and the other boys laid ambush in the surrounding bushes. The plan was to jump out at Rusty’s signal. When Rusty gave the signal, Poison and Omololu jumped out of the hiding place. The boys were shocked at the effrontery. When they saw Omololu with the boys, they understood what was happening.

Rusty and Poison brought out their pistols and aimed straight at Wale and Yinka while Omololu faced Segun wearing that unusual bitter ego on his face.

“Omololu, what is this all about? I see you’ve got some new friends – big ones from the other side”, Segun recognised them.

Omololu pierced into his cold eyes and all he saw was a dead man. No matter his words to intimidate Omololu, it wouldn’t matter in a few seconds.

“Choose your last words carefully”, Omololu said to him.

“We will be waiting for you on the other side”, Segun replied him with that devilish smirk on his face.

Omololu looked with bitterness into Segun eyes and Segun returned his look fearlessly. He was more angered by Segun’s words as the tension grew from his shoulder to his hand. He held the pistol tight and almost pulled the trigger but not until he recalled that dreary night. With all the noise and horror in his head, Omololu suddenly pulled the trigger. He shot Segun in the head. He turned to the two on their knees and without taking as much time as he did with Segun, he shot them both in the head within the twinkling of an eye.

The noise and horror in his head cleared suddenly. Then he remembered Segun’s last words. He was damned for sure. It was then that he realized what he had just done. His hands started to tremble as his heart began to palpitate. He took Rusty and Poison by surprise with his suddenness and change in plan. When they saw the after effect of his actions on him, Rusty quickly dragged him away from the scene while Poison pulled the dead bodies into the nearby bush lest they attract chaos on campus too quickly. Omololu had surpassed Rusty and Poison’s expectation of his ability to carry out the task flawlessly, it was also understandable that he would react in the manner when it finally happened. It was only then that he thought of our parents and what they would say or do to him if they were to find out. Will the school authorities find out what he had done? Omololu could not stop thinking and playing out the worst possible scenarios in his head. Yet, he realized quickly that he wanted it and he did it. If only for that, he was happy it was over.