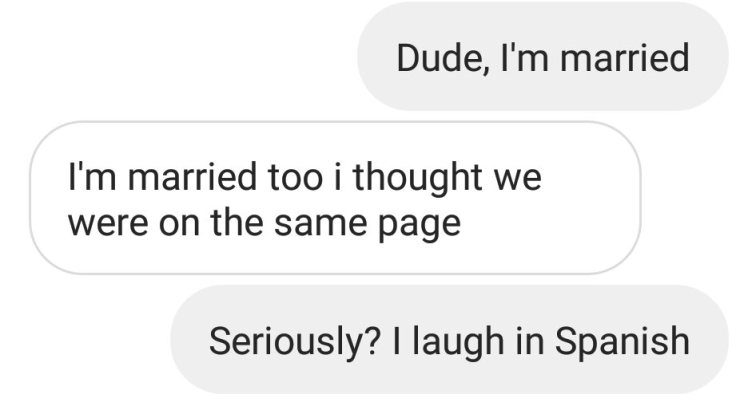 I was at a beach party with some of my girlfriends a while ago – all married women, having fun and talking ‘girl gist’. So one of us asked, “As a married woman, how do you handle ‘chikers’? I soon learnt that the meaning of that is toasters or men who still come unto you even though they have come to know you are married.

It would seem natural for married people to stay away from having affairs with one another, I mean, once you can sight the wedding band then it should be an automatic NO NETWORK signal. But I have heard someone say he’s more comfortable to date a married woman because there are less expectations and even lesser responsibilities on him. That was by far the most selfish thing I ever heard. Most married women would have almost certainly been in situations where men have made inappropriate advances at one point or the other. It’s just something that happens, unfortunately, and dealing with it is a pain in the neck, at best. It would be an underestimation to husbands too to think that just because the wives are married to them, no other man has eyes to see the beauty, character and personality that you have. God help them that they are even appreciating what they have, otherwise, the wife becomes an easy target for chikers to prey upon. But as a married woman who doesn’t fancy chikers, how do you handle the situation?

As colleagues, dealing with men hitting on you when they should be conducting business or co-working is just as common and can be even tougher to deal with than in a corporate environment because no matter how insulted you feel, you have to be calm in handling the awkward situation. Your company cannot protect you against chikers but you might be fortunate if there is a harassment policy to curb the level of advances that can be made.

My number one advice really is to just never be alone with the opposite sex in a compromising situation especially if he’s shown interest in you like that. Bring a colleague, an employee or a business partner with you when you’re having meetings. Usually, if a man can’t get you alone he won’t be so bold as to make suggestive statements or be uncomfortably close when there is someone else around.

Some husbands might think if their wives were to make themselves less attractive in their appearance then they will discourage other men from coming unto them. I can’t really comfort how true this is or if it works but personally, I have tried it just to dissuade unnecessary attention but tsk – it didn’t work. I even got huge unattractive glasses to hide my face but no. This is also automatically mean that anything a woman wears mean that she’s ‘asking for it’. It’s just as comfortable or convenient for her to dress in whatever way she dresses.

In the circular world, wedding band or not, chikers can have no chill sometimes. I remember I used this method even way before I was married to keep guys away but that didn’t help much. It’s just best to say no firmly. As long as it feels reasonably safe, say no immediately. Do not smile, apologize, or say maybe. If you don’t want someone, don’t give them anything. Don’t give them any of your information or anything else.

And finally, get away. Once someone has made you nervous, put space between yourself and them. If they don’t leave you alone, walk away. Leave as long as you can leave safely without being followed. Leave with friends if you can except if you feel relatively safe.