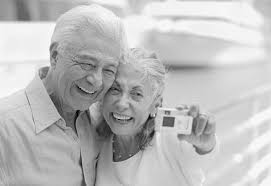 I watched a movie recently where a couple was separated for 28 years. A soldier, who had only gotten news of his new bride’s pregnancy had to go off to war but then he got trapped on an island. He was alone there until another rescue mission took a new set of soldiers there decades later. The old soldier was sure he had nothing to live for anymore or leave the island for too but for the thrill of walking and working alongside humans again, he joined them to fight the war.  One of the young soldiers asked him about his family and he said his wife had just gotten pregnant when he left home. He was sure she would have had the baby and definitely re-married. He wasn’t going to hold it against her but the young soldier said to him, ‘you’ll be amazed how long a person can wait’ and it got me thinking.

Life is an investment. Everything we give into it and in it is an investment that will always come back to us in the same measure with which we sow into it. If we sow love, we will reap the joys and blessings of it. If we sow kindness and meekness, we will reap favor and help from even people we don’t know. The best things in life are free, undeserving sometimes and they don’t need reassurance or proof of faithfulness. The simplest things make life even more beautiful than all the worries there is.

Teenage love is one of the sweetest ones you’ll ever experience because there are no responsibilities binding to the other but just to love each other. Responsibilities also have their own ways on imparting on a relationship. They affect our moods, our state of mind and the way we look or interact with our spouse sometimes. But in all of it, are you giving something only you can give? Are you loving in a way that makes you irreplaceable? Are you worth waiting 28 years for?

So the old soldier goes home after helping to fight the war, tensed and anxious, he knocks on the door. A young man opens the door and says, ‘yes, can I help you sir?’ The old soldier freezes, imagining that’s his son he is seeing for the first time. Before he says anything, his wife walks up behind the young man carrying a tray with a glass of water or something. The tray and all on it falls from her head and she walks, unbelievably toward him. She touches his face and he touched hers. They smile, then laugh, then hug. The young man stood aside watching them till his mom says, ‘he’s your father’. The young man holds out his hand to shake the old soldier. The old soldier takes his hand but he couldn’t resist hugging his son. They all hug as they shared that uncommon moment together for the first time all because someone was worth waiting for.