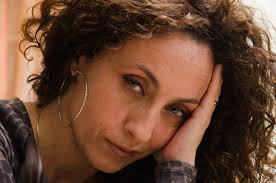 Women start off their lives wanting one thing – to be cherished. Cherish, you’ll say is relative. Could be in a relationship, in the society, in whatever space they find themselves. If women feel less cherished in one space, they remove themselves physically or emotionally from that space into another that is appreciative of them.

I play back a scenario which occurred with a couple of friends. When women talk, you hear a lot of things you wouldn’t imagine are happening in marriages. So someone asked, ‘Did I become less privileged when I got married?’ Her question was born from the advice she received when she complained about her husband’s misbehavior towards her, generally being unaccountable to her. Her husband does as he pleases and she wondered if she has as much liberty as her husband in their marriage.

Typically, I don’t suppose being married means you automatically become a slave to your spouse. I believe both man and wife owe each other a level of accountability, respect to their person and respect of personal space as well. As much as your spouse loves you and can’t imagine life without you, I doubt they want you in their faces all the time hence the need to respect personal space so that they have considerable amount of love and respect for you as well.

When my friend asked the question, I typically would have said to her, ‘yes – you did give up certain rights when you got married’ but that would seem unfair to women so I stayed quiet instead. Yet, in some cases, women can’t even get certain jobs ‘just because they are married with children’. Some employers don’t state that out loud as a disadvantage but it automatically seem to be a red flag when job hunting.

But really, are men allowed to do as they please in marriage while women are relegated? Another school of thought would be the 21st century women. As much as we still have some conventional wives in the society, there are other who will not subscribe to this pity party lifestyle. But how sustainable is the marriage where the man is egocentric and the woman isn’t meek?

One thought on “Did I become less privileged when I got married?”