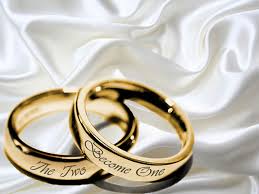 A lot of people out there searching and waiting for the perfect man or woman to come complete their world, take their breath away and be the best thing that ever happened to them. While this is good, there are certain things you need also to look out for so that you don’t mistake glitters for gold.

Sometimes we think if the other person is a certain way, it’ll make marriage last forever or be more tolerable. For instance, a lady might think if I find a God fearing man, then I am certain my marriage will work out. Or a man might think if I find a homely girl, that’s all I need to build the perfect home. While these traits in themselves are good qualities for individuals, it doesn’t necessarily translate to a successful marriage.

Here’s a few signs to help you decipher that your boyfriend or girlfriend isn’t marriage material before committing yourself to forever:

A lot of young couples are often surprised at how difficult life can become. Taking care of a house, working, and being married will sometimes push you to the limit of your energy. It might seem like a holiday when your boyfriend or girlfriend is all about play and always trying to take you away from work, but if they do that to an extreme and never demonstrate self-discipline and initiative that carefree spirit will grow very tiresome, very quickly.

Kindness is listed as one of the top two qualities contributing to marital happiness. It never gets old. Bodies may deteriorate, mental functioning may slow down, beauty may fade, but a kind heart never fades. Your best bet is to marry a significant other who is naturally caring and sympathetic towards others. It’s an open cheque for the rainy day.

Humility is sadly under-rated, yet don’t mistake it for naivety or gullible. Humility is the foundation for virtually every other positive character quality. It’s what spawns kindness, service, generosity, and confession. If you marry an arrogant person, every time there’s a conflict he/she will expect you to change instead of examining their own heart to see what they need to change. Trust me, that’s not something you want to live with for the rest of your life.

The sad reality is some people are givers and some people are takers. Givers don’t always mind being in a relationship with a taker because they like to give; it brings them joy. But there are times when the giver will need to receive. It just might happen. However, if you marry a taker, you’re sitting on a relational time-bomb, because you’re committing unconditionally to always being in the position to give.

When courting, people often like to put their best foot forward which isn’t a bad thing. But when you begin to fabricate, together with the truth, calling and saying things that aren’t as though they are, then it becomes an issue of integrity and even trust eventually. Unfortunately, we live at a time where you need to take precautions and confirm whatever your boyfriend or girlfriend tells you so that you are not taking for the fool. If he/she lies about small matters, they probably have other skeletons in the closet.

We often notice certain things in significant other before we walk down the aisle but for some reasons best known to us, we decide to shove those concerns aside and plunge into the deep anyway. While at first, this may not be a big deal or issue to you, pay attention. If you have trouble depending on him before you say I do, all bets are off when he thinks that he’s got you in the bag.

There is absolutely nothing wrong with having the same intimacy fantasies or love drive. It’s a problem when you are not compatible. If you’re a twice-a-week kind of guy who isn’t into pain and she wants nightly performances with whips and nipple clamps, it’s not a good match. The same can be said if she’d rather sleep and you’re the one wanting more love making.

If you want kids and marriage, it may seem awesome that she has the same goals. However, be wary if her desires for home and hearth don’t seem connected to you. You might as well be anyone else.