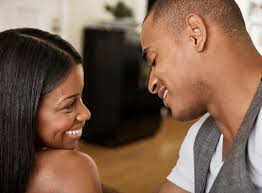 In the following weeks, Desire and Tunji became closer. They met outside the work environment even more. They speak of sweet nothings and she smiled and giggled a lot when they are together. He was drawn to her more by the unraveling of her and she was too him by a force that she couldn’t deny.

They worked late into the dark of the night one of the days and when Tunji looked up, she often saw her rubbing her hands on her neck and shoulder. She either needed a massage or needs to go home.

“Hey you”, he said after letting himself in.

“Hi”, she smiled, robbing her head on her neck again.

“It’s late. You should go home”, he said, sitting in the chair beside her.

Desire looked at her watch. It was 8pm. She needed to go.

“I just need to finish this and I’ll be on my way. What are you doing here this late?”

“I have an early morning at Clayton Consultants so I thought I’d finish up what I have to. I’m not sure if I’ll be back in time to get any paper work done here tomorrow”.

Tunji stayed a while longer, keeping her company as she wrapped up her work, occasionally rubbing her left shoulder and neck. Then he pulled his chair to face her directly. She felt a tad too close for comfort and her already stiff shoulders felt even stiffer by the closeness between them. He began to move his hands around as he talked, occasionally gliding them against her bare knee. A little above her knees actually because her knee-length dress had jumped up even shorter than it is. It was all too sudden for her. She could have stopped him, cautioned him if she wanted to but at that moment, an uncomfortable tingle sensation gathered in her pelvic, like she needed to go to the restroom. If she did, then it was her queue to leave.

“I have to go”, she said, unconsciously rubbing my neck down to my shoulders. They had been stiff all day. She got up.

“You need a massage”.

“No, I’m fine”. Her eyes momentarily shot open. She didn’t see how that came into the conversation.

“I know you are. Sit here. I’ll give you a quick rub”, he volunteered, standing from his chair and offering it to me.

There was no point arguing about it. She let him put his hands on me and get it over with. She shudder even more at the thought of his hands on her. But she sat and he began to rub her neck. His hands were firm, strong yet it felt tender on the back of her neck. Steadily, he massaged her neck, moving across to her shoulder. She would have enjoyed the massage if it wasn’t for that pressing tingle in her pelvic. She really needed to go.

“Thank you but I have to go now”, Desire sprang up from the chair and headed for the door without a word. Something was becoming overwhelming