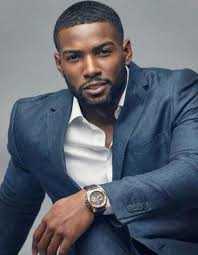 Many more spontaneous texts came through in the following days which Desire found strange. According to her archive of novels and movies, he could either be a serial lover or a psychopath. Either way, she didn’t want to find out so she ignored many of his messages. Most of the time, she read his messages without replying. He ought to be busy with work and so should she but she didn’t have any ground to hold against him when it comes to work. He really did know his onions and the MD had commended him openly in their meetings over the past few months. She was proud of him at work but she wished he would let it stay that way –that is, just being colleagues.

“Hello”, she answered the phone during lunch break.

“Hi familiar stranger”, he sounded jovial in a flirtatious way.

“Why are you laughing?”

“Because you called me a familiar stranger. It’s a very unusual name. Sort of intriguing though”.

“I can change it or just call you by your name if it makes you uncomfortable”.

“I’m having lunch. I didn’t see you come in today. Is everything alright?”

“Wow! She noticed”, he exclaimed.

“So when do you suppose you’ll have the time for that karaoke date?”

“OK. Do that. I had to represent the company at a bidding that’s taking place on the mainland. Doesn’t look like I’ll make it down before close of business so I thought I’d check on you”.

“It was thoughtful of you, thanks,” she smiled again.

“Yea yea. Take care of you”

“Bye”. Desire dropped the phone and found herself smiling at this interesting man with an unfamiliar way of interaction. She couldn’t think of anyone who’s been so persistent about anything except for work related issues with her but then again, she thought, he is her colleague. It’s not out of place for him to ask her to be friends with him. So she slapped herself down from her sensations.

When Desire’s phone rang later in the day, it was him again. You’ve got to be kidding me, she thought.

“Again with the familiar stranger”.

“I insisted I would change it if you don’t like it”.

“So you prefer me to call you by your name?”

“Whatever you want to call me is fine.”

“Then I can call you my friend”

“If that works for you”.

“You speak a lot of English. Are you always this uptight?”

Desire smiled. Though she was surprised at his intrusion, Desire was finding it permissible for some odd reason.

“So if we are to be friends, I would expect certain things in return”, he cut through her thoughts.

Already making demands, eh! “Like what?” she asked shocked at his boldness.

Desire hadn’t expected that but she couldn’t help but laugh. “What?”

Again, his exclusivity was beyond comprehension to her at the speed of which this familiarity was going.