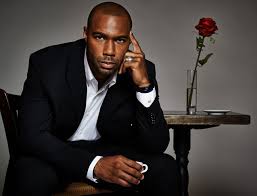 It was one of those busy mornings and Desire had no time for idle texting games.

“Tunji from next door”, the reply came in almost immediately.

Desire almost instantly looked over at his door but she quickly held herself back and that singular act made her nervousness obvious to Tunji who was watching her from his office.

“Oh right. How are you doing?” she texted instead.

“Fine, thank you”, he replied then he added a funny faced emoticon, then a playful one.

Desire froze. Had she lead him to believe they could relate on that level? She wondered if she said anything out of place when they spoke on the corridor the other day. She didn’t understand how they’d gotten to exchanging playful emoticons. So she ignored his text.

Later in the day, a message dropped on her phone. It was a Whatsapp message. Some sort of voice recording from him. When she opened it, it was a song file – Can’t we be friends? by Frank Sinatra.

Desire smiled. As mad as she wanted to be with him, she couldn’t help but smile. He’s trying to play her at her own game. Desire ignored him still.

“Hello stranger. There’s a karaoke bar opening around the corner tonight. I was thinking of checking it out. Would you like to go with me?” he texted her at about 5p.m.

Again, seriously? What does this guy think I am? She was beginning to get turned off by his effrontery. Desire couldn’t imagine any extra time away from work and family. Even though the thought of a karaoke sounds interesting, Desire doubted she could find for any extras.

“Not tonight. I’ll let you know”, she typed back.

“I’m off now. Enjoy your weekend”.