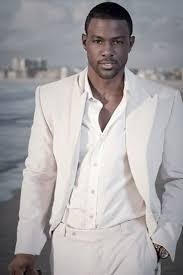 It’s a no-brainer that Tunji got the job. He is competent and experienced for the job. His office is just opposite Desire’s. All the units in HR and Legal were on the third floor. HR was on one side and Legal was on the opposite side and it just happened that Desire and Tunji’s office were opposite each other.

In the early weeks of Tunji’s engagement with the company, he’s had to sit in many meetings with Desire and some other senior management team. As intimidating as his looks are, Desire didn’t let that disturb her concentration on the work that brought them together. Tunji noticed how she deliberately avoids him but he did nothing to mitigate the tension she was building between them. He often sees her with her ear plugs on while working through the glass door. She seems to be more engrossed in whatever she’s doing when she has her ear plugs on.

“You seem to like music a lot”, Tunji said to her one day at the canteen. They were both in line for food. Desire was a few people ahead of Tunji on the queue with her ear plugs in her hand, obviously ready to put them in once she settles to eat.

“Excuse me?” Desire was caught unawares.

“Excuse me”, Tunji said to the people in between them on the queue and moved closer to her. “Do you mind?” he took permission from them.

“It’s fine”, the ladies between them said. They would have rather it was one of them that Tunji chose to talk to.

“I see you with your ear plugs on most of the time. You seem to like music a lot”, he explained once he was close to her.

“What do you listen to?”

“Every good music actually, from rock to acapella to R&B to Hip hop. The list is endless really”, she answered.

“Music conjures pleasure actually and is often associated with pleasurable activities. Studies have linked music to having drug-like effects on people. It sort of releases a feel-good hormone that is activated from pleasurable experiences like food or good sex.”

Oh no! Desire didn’t need the analysis of what music could be doing to her mind or the messages it could be sending to her body. She went forward, got her food and went straight to sit down. She wanted to be alone.

“I’m sorry if I said something out of place”, he came back to her.

“You’re a lawyer by profession after all. Knowing facts and statistics is what you do best so it’s understandable. Just let it go”.

Ah! Desire quickly turned away from his eyes. They looked even sexier with a raised brow.

“So how are you enjoying being here?” she decided to change the topic.

“We’re glad to have you on board as well”.

“Sorry?” she almost didn’t hear him.

Desire put in her ear plugs. She chose not to sit through an awkward lunch.

The next day, Desire found that her calendar has been booked for a meeting with Tunji and the MD. She went in to see the MD later that morning to understand his expectations of her at their meeting.

A text dropped into my phone days after her meeting with Tunji and the MD. It was a strange number.

“Good morning. Who is this please?” she replied.